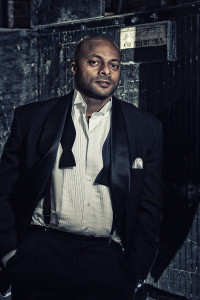 “I travel a different path” said Denzel in Book of Eli…and I do.

On a sweltering 90 degree summer afternoon in late August, the first day of high school football double-sessions, I strode to the edge of the field, helmet in hand. Heatwaves shimmered off the hot track encirling the scorched grass. Neighborhood dogs waited patiently to dodge and lap up emptied stomach contents on the sidelines from heat exhausted, fatigued players. The temperature was oppressive and the air was thick, there I stood poised in my pads, a mighty senior. Okay, so truth be told, I wasn’t so mighty at only 145 lbs. nearly 6 feet tall, but still, I felt mighty and I was proud of my newly developed physique. I thought I’d done a man’s work all summer long pumping iron in the weight room and forcing down chicken breasts to put on 5 lbs. of solid, “hulking” mass. It really didn’t matter to me that there were guys on the team weighing nearly twice as much as me, guys who had been in reform school, guys who shaved like men and played the sport because it was the only place they could hurt somebody and not get in trouble with the law. What was I thinking? It’s one thing to ride the short yellow bus; but there I was…licking the windows and wanting more. I had absolutely no business being on that field. I had no experience and lacked the physical build; but I had one thing going for me…heart. Sure, there were those who thought I was crazy, and maybe I was (and still am). The fact is, I didn’t belong out there with those monsters. You see, my parents were always afraid I would get hurt; so, they never signed me up for youth football. But this was my senior year, my last chance, my decision. I was gonna be a baller. So, when I left that morning in my dad’s Chrysler LeBaron to go to try-outs, I didn’t tell my parents, I just did it. So it was the sweetest satisfaction at the end of that first day, to hear my name called out by our head coach that I was awarded the “Captain of the Day”, a hatchet sticker for the back of my helmet. I had received recognition for performing well, playing with my heart and motivating those around me to push harder…and I was on my way. I ended up not only making the team and earning a starting position, I also earned a varsity letter.

Flash forward some years after college. My new wife and I had a baby on the way in a new house and I had a great new job. But this new job required me to pass an exam to stay employed. But this was no regular exam because nearly 70% of those who take it fail on the first try. And the only way to retake it, was to score at least a 60%, which many don’t. I was studying for the Series 7 Stockbrokers license. But who was I kidding? I had no background in finance or economics and had never taken any college classes in either. Quite frankly, I was an athlete in school and I partied my way through college, stopping occasionally to study for a communications exam or compete in a track meet. The daunting reality of it all was most people taking this exam graduated with finance degrees…and nearly 70% of them would fail! What business did I have taking the same exam? I was only afforded about a month to cram, studying a 700 page book on the stock market and securities law. It all looked Greek to me. So, Hell No…I wasn’t feeling confident. I was a nervous mess but I knew I HAD to pass. If I was going to provide for my new family I had to find a way to do well on this test despite the odds. And guess what, I did just that, I passed the exam on my very first attempt! I had beaten the odds once again and would work successfully as a stockbroker.

Flash forward yet again, ten years of working in investments made me realize the truth, that I hated working in finance. Making good money was not the root of my happiness. This was apparent. Every day my soul died just a little bit more and the light in my eyes got a little dimmer. I started to get anxiety attacks in company town hall meetings, I had to resist the urge to make humorous, bad timed jokes in morning team huddles. I felt trapped in my cubicle and yearned to escape the confines of the company mission statement and policies. I knew that although I was financially successful, I did not want to be like my fellow coworkers. I would not sport an invisible “Cube Life” tattoo on my belly like 2Pac. This was NOT the life for me.

Luckily, I stumbled back into something I loved to do as a child around the house. As a child I would imitate Clint Eastwood’s stillness or John Wayne’s swagger. I’d emulate Brando’s natural mannerisms, Deniro’s gangster sensibility and Daniel Day Lewis’s morphing ability. I admired Keitel’s edge, the smoothness of Anthony Garcia and later Denzel’s unpredictability in Training Day. And then one day as an adult a friend asked me to play a part in her indie film project because I was “right” for the role. So I did and I fell back in love. Now all my free time is consumed by acting. I always wanted to do this…be an actor, to live in New York City, to live an actor’s life, to breathe that city air (I know…yuck). Finally after 10 years on the responsible road, I had rediscovered my joy for the world of acting. I re-found a whole population of people like me who love to express themselves, people who love stories, new experiences and new relationships. This is my tribe, my people.

I was once lost for a long time but now I’ve finally found myself. I’ve studied acting, read books on it, done intensives, retreats, private coaching and studied in acting studios. I breathe acting and still continue to study formally. I am extremely fortunate that in the 6 years that I’ve been acting professionally I’ve played characters on network television in BULL, MANIFEST, NEW AMSTERDAM, GOTHAM, FBI and others. I’ve play recurring characters on cable tv in DAREDEVIL, BILLIONS and RAISING KANAN. I’ve played supporting roles in major motion pictures and blockbusters like FREE GUY, DADDY’S HOME 2, HONEST THIEF, CODA and more. I am a proud member of SAG-AFTRA and am repped in New York City, Los Angeles and down south with an agents and commercial agents. I am happy because I finally know what I’m supposed to be doing with my life. This IS who I am and this is only the beginning.

I can still feel that captain’s sticker on the back of my head as I continue to wade bravely into the unknown. I’ve dedicated my life to performing well, playing with my heart and motivating those around me to push harder. Through it all, I still hear the voice of my old football coach, Keith Kenyon…

This is my mantra.

I am Jose Guns Alves. I am an actor…and wait till you get a load of me.